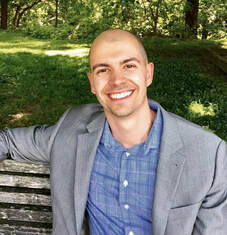 The Frigid Golden Age is Professor Degroot's first book. His second, Civilization and the Cosmos, will explore how environmental upheavals across the solar system have influenced human history, and is under contract with both Harvard University Press and Penguin Random House.

Today, Degroot leads teams of scientists, historians, and archaeologists in projects that unearth examples of resilience to climate change among diverse societies and communities around the world; and reveal the history of shifting animal cultures in the Arctic. Degroot's most recent publications focus on historical relationships between climate change and conflict, especially in the far north.

Degroot has been interviewed in popular media, including for CNN, Axios, and Popular Science. He has also written for a broad audience, including in the Washington Post, and given invited lectures and keynotes across Europe and North America.